No Relief From Junk Food Ads 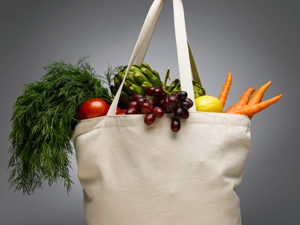 Parents and doctors face an uphill battle in getting kids to eat well. With $1.6 billion spent every year to convince kids to choose junk food, it’s no wonder many parents find meal time a constant source of conflict. Despite industry promises to start advertising more healthy foods to children, the onslaught of television ads for unhealthy foods has not decreased, according to a December 2009 study by the University of Arizona.

The study was commissioned by Children Now, a public policy group in California, to find out the impacts of a 2007 pledge by major food companies to stop advertising unhealthy foods to children. The group used a measure developed by the U.S. Department of Health and Human Services called GO-SLOW-WHOA. GO is for healthy foods like fruits and vegetables. SLOW refers to higher fat or sugary foods that should be eaten in moderation. WHOA products are those highest in fat and added sugar, which children should eat only “on special occasions, in small portions.”

The study found that 72% of the food advertising to children is for WHOA products. GO foods accounted for just 1% of advertising. Less than one in 100 food ads, therefore, show a product that kids can safely eat on a daily basis.

SpongeBob SquarePants and other popular characters are one of the most effective tools for advertising food to kids– in fact, use of these characters in food advertising has doubled in the last four years. Unfortunately, the study found that nearly half of all food advertised by SpongeBob and other characters is for unhealthy WHOA products. This is especially concerning because food marketing has been demonstrated as a significant factor in the epidemic of childhood obesity.

What does this mean for parents and health care practitioners? Chiropractors should take note, because their holistic approach to patient health recognizes the importance of diet and nutrition to the ability of the body to heal itself. The link to spinal health, in particular, is especially relevant due to other recent studies linking childhood obesity with low back pain and disc abnormalities. Parents should consult their health care practitioners about the ways that diet impacts their children’s overall wellness.

University of Arizona (2009, December 14). Food industry faulted for pushing high-calorie, low-nutrient products. ScienceDaily. The entire report can be found on the website of Children Now.